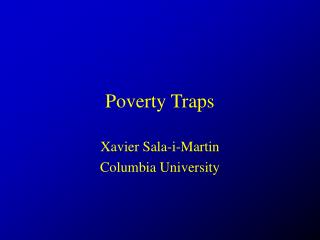 Fractal poverty traps - Us: short-term income losses push poor below a poverty line for a relatively brief period of

The Economics of Poverty Traps and Persistent Poverty: Policy and Empirical Implications - . christopher b. barrett and

Traps - A heffalump is a type of fictional elephant in the winnie the pooh stories by a. a. milne. in the fifth chapter

Why IBLI? On Poverty Traps, Catastrophic Risk and Index Insurance - . christopher b. barrett index based livestock

Fly Traps! - . plants that bite back. vocabulary:. c ollect: to gather together. h inge: a joint on which a cover or lid

Mouse traps - . by curtis and emma. stage 1 emma. i was working with milly for my forces we were doing swing time. we had