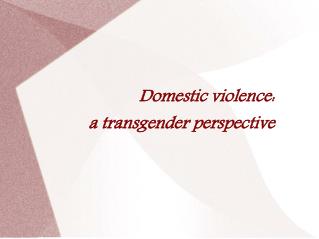 Domestic violence: a transgender perspective. Gender is a fundamental part of who we are We perceive ourselves and others through the lens of gender much of the time. Workplace Violence: What To Know What To Do - . william mcpeck director employee health and safety maine state