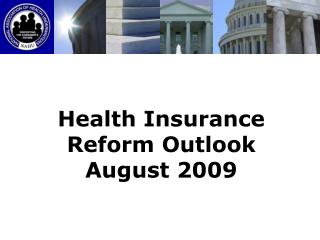 Health Insurance Reform Outlook August 2009 Three Committees of jurisdiction in the House (aka tri-committees) are Ways and Means, Education and Labor and Energy and Commerce.

Health Care Reform 2009 - . where we are… where we are heading…. current situation. 47 million uninsured americans 25