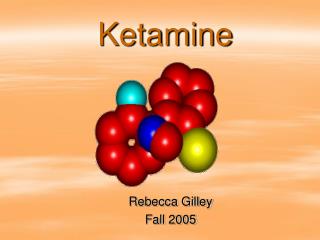 Ketamine. Rebecca Gilley Fall 2005. Ketamine History. First synthesized by the Belgian chemist C.L. Stevens in 1963, and patented by Parke Davis in 1966, Ketamine was approved by the FDA in February of 1970 It was first used on American Soldiers during the Vietnam War . Ketamine.

Ketamine - . by: heaven osborne michelle wilson. class and street names. the drug is listed as a class c drug. its common

KETAMINE - . what is ketamine? history how is ketamine consumed? what are the effects? physical effects physiological

California Center for Ketamine Therapy - Ketamine Clinic - We offer the best treatment for distress in los angeles. the

Ketamine for Induction - . use in the prehospital setting. background. multiple drug shortages are threatening the safe

buy ketamine online - Mail order marijuana and getting weed for sale online has never been easier. our products are