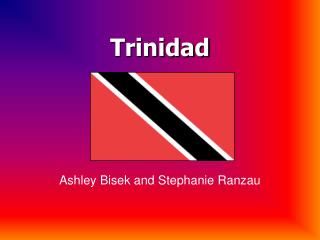 Trinidad - . by: ashlee , delaney , and tucker . people in trinidad. over 40 % of the people are african american.

TRINIDAD TOURISM - . problems and protective measures. problems. beware…. robbery. in one day you could lose all your

Accommodation In Trinidad - Your vacations will almost be ruined if you don't get a right accommodation. cubacasa serves

Ecotourism in Trinidad - . lo: to explain what aspects of a holiday on the ‘ asa wright nature centre’ make it an

Remax Trinidad Tobago - Finding a good property deal is like a dream unless you have the best agents at your services.

Trinidad and Tobago - . location. trinidad and tobago is a twin island state. this means that the country is made up of