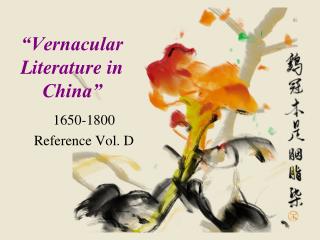 2013 UK Careers Adviser Mission to China - . have a clear, up-to-date and in-depth overview of the current employment

Introduction to Chinese Literature - . a brief history of the spoken voice in 3000 years of writing. china as

Using Internet for Literature Review - . january 2011. doing education research. include but not limit to the following