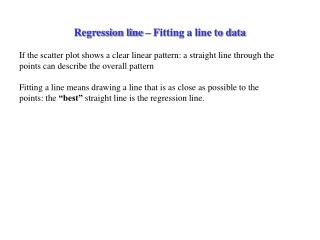 Segmentation &amp; Fitting - . dan witzner hansen. today (and some of next week too). review data fitting

Jeopardy! - . a football starts on the 15-yard line and is carried to the 25-yard line. what position is the origin?. 0.

Geographically Weighted Regression - . use and application of spatially weighted regression for environmental data