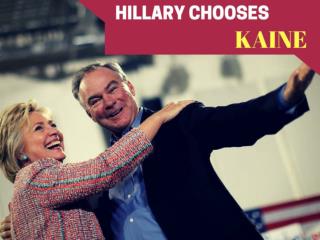 The State of Hillary Clinton - Hillary clinton plans to address her use of private email during her time at the u.s.

God Chooses A People - . june 2. how would you feel?. if you were forced to up and move today, what would you find it

Jesus Chooses His Disciples - . pastor reynolds may 7|2014. aim. to discover the talents and skills of jesus’ disciples

Welcome to Hillary House - . macleans college. macleans motto – “virtue mine honour” (it is good to do what is

Lot Chooses Bad Friends - . note: the videos in this presentation will only play online. after you download the

Sir Edmund Hillary - . the first man to climb mount everest. he build the sherpas a school. between expeditions, hillary

The Patriarchs: God Chooses a People - . 6th grade. god chose abraham to be the father of his people. genesis 12:1-7 the

Hillary Putnam - . whichever way you cut it, meanings ain ’ t in the head. twin earth thought experiments. for a

Act 3: God chooses Israel - . aims . to provide space to look at the bible to introduce ourselves to the different parts

Sir Edmund Hillary - . by renee gray. how he changed our lives  and what he did. his child