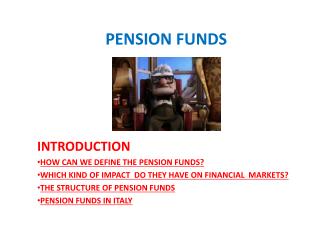 Pension Funds - . i. definitions. a. pension plans a pension plan is a fund that is established for the payment of

PENSION FUNDS AMENDMENT BILL (2007) - . briefing to the select committee on finance (ncop) national treasury and the