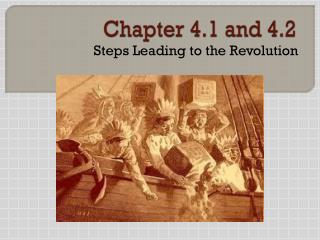 Chapter 4.1 and 4.2. Steps Leading to the Revolution. Great Britain’s Acts. The colonists are angry with all those acts that taxed them and told them what they could and could not do. Some of those acts also infringed on their rights like due process.

4.1 The Atomic Models of Thomson and Rutherford 4.2 Rutherford Scattering - Chapter 4 structure of the atom. 4.1 the

Section 4.1 and 4.2 Types of Chemical Reactions and Aqueous Solutions

4.1 - . radian and degree measure. quick review. quick review solutions. what you’ll learn about. the problem of