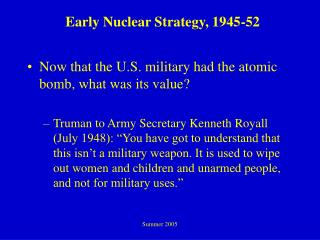 Early Nuclear Strategy, 1945-52. Now that the U.S. military had the atomic bomb, what was its value?