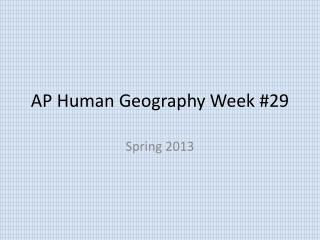 The Geography of Western Canada - . introduction. geography is something that surrounds us on a daily basis. geography

World Geography - . sswg1. the students will explain the physical aspects of geography. . physical geography. is the

Introduction - . the main concerns of geography may be summarized by the words ‘place’, ‘space’ and