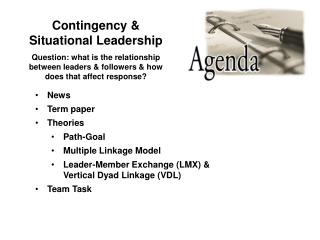 Leadership - . ch 13 part 2: april 9. contingency theories. focus on which leadership styles are most effective under

Contingency Planning - . objectives. upon completion of this material, you should be able to: recognize the need for