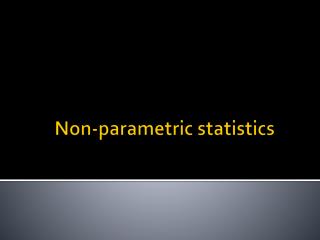 NONPARAMETRIK - . non parametric test. the majority of hypothesis tests discussed so far have made inferences about

An Introduction to Statistics - . a biologist – a physicist who doesn’t like maths. purpose of statistics (1).