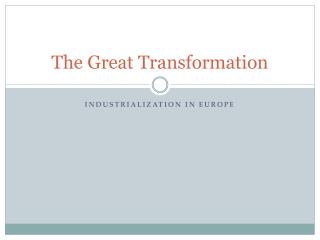 Chapter 9: The Transformation of American Society - . 1815-1840. section 1. focus question: what caused the upsurge of

THE GREAT FLOOD - . when, where &amp; why. the great flood. age old story shared by many cultures and religions. the