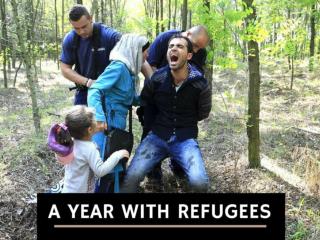 A year with refugees To mark World Refugee Day, a look at the refugees who have left their war-torn homelands over the past year.

A year with refugees

Refugees Unit - . humanities study at year 7 an 8 week unit- but only 4 weeks to teach it lets redesign!. ppsl civics

Climate and Ecological Refugees: Beyond the 1951 Convention on the Status of Refugees By,

UNRWA , as part of national health systems of Palestine - . akihiro seita a.seita@unrwa.org. what is unrwa ?. registered

Strengths and Limitations of Policies relating to Reception of Refugees and Refugee Applicants - . asociación de

Refugees in the USA - . alexis topete , jasmine benitez. what is a

What are the Roots of Cultural Violence Against Refugee and Migrant Women and Children in - New zealand?. who are

The New Americans: Refugees in San Antonio - There are 42 million victims of conflict and persecution worldwidenot