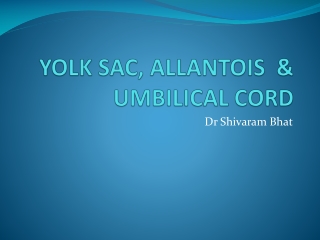 Importance of drinking water during pregnancy - What is cord blood? the blood that remains in the placenta and umbilical

ABDOMINAL WALL DEFECTS - . dr. catherine b. canete. omphalocoele. anterior abdominal wall defect at the base of the

Delayed Cord Clamping In Very Low Birth Weight Infants - . melissa reljac , snnp. what is it?. the delaying of clamping

EGGS - . parts of an egg. 1. air cell bubble at the blunt end of the egg that increases in size with age. 2. thick

Why to be parents should be aware of stem cell banking! - Umbilical cord blood stem cells are the building blocks of

Umbilical Cord Blood: Defined And Created Simple - Have you been asking yourself concerning the nature and uses of