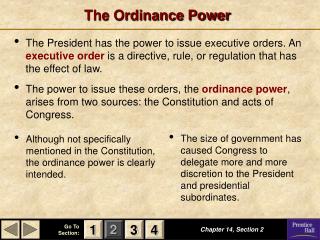 ORDINANCE 8065 RULES AND REGULATIONS REVISIONS 8/11/11 - . the purpose of this presentation is to provide information

Other Conventional Power: Nuclear Power - . housekeeping. mid-term tuesday 2/8 can have one page worth of notes cover

The Power of God’s Grace in Nursing - . nursing with a difference. looks afresh at the availability of power and peace