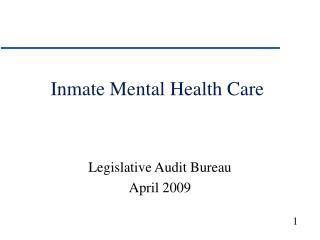 Primary Care Mental Health - What might happen?. what is health care going to look like in 5 years?what is primary care

Blending Mental Health Care and Primary Health Care - . (why it might be a good idea to reattach the head to the body.)