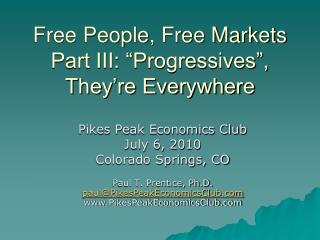 Free Will and Agential Powers - . randolph clarke florida state university. free will – or freedom of the will – is

The Progressives - . 1889-1916. what was progressivism?. an effort to impose order &amp; justice on society that was

No one is truly free to live until one is free to die. Martin Luther King - The eve of his assassination. now comes the

The Clear Advantages of Smoke-Free Apartments - . why smoke-free apartments?. the time has come, because: tenants want

Going Gluten-Free - . the why and how of gluten-free diets. today ’ s agenda. part 1: gluten and gluten sensitivities.