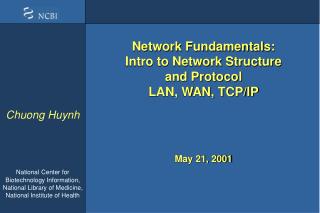 TCP/IP Protocols - . tcp/ip and the internet. in 1969 arpa funded and created the “ arpa net ” network