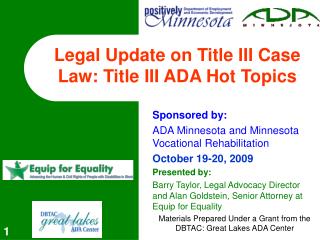 TITLE I PROGRAM DIRECTORS TRAINING - . developed by the office of supplemental educational programs. goals and objectives

Scene: Title Page - . programmer notes this is the title page. from here the learner moves to the welcome &amp;

Insert the title of your presentation here - The i mpact of parking measures and policies – what is the evidence base?.

Business Law and the Regulation of Business Chapter 21: Transfer of Title and Risk of Loss - . by richard a. mann