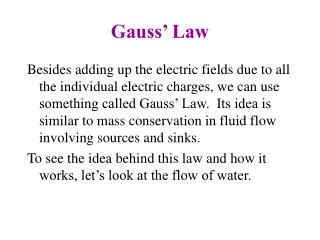 Gauss’ Law. Besides adding up the electric fields due to all the individual electric charges, we can use something called Gauss’ Law. Its idea is similar to mass conservation in fluid flow involving sources and sinks.