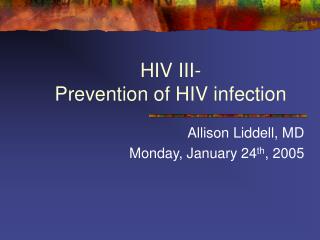 basics of community-based fp workshop february 26 to march 3, 2007 - Objectives. at the end of this session, participants

Infection Prevention in Point of Care Testing - . point of care testing (poct). diagnostic testing at or near the site of

Infection Control &amp; Prevention A generic overview of an - . infection control program. how does infection

Infection Prevention and Control - . starting with the basics. objectives. speak to the relationship between infection

AIDS Prevention in Africa’s Generalized Epidemics - . what should we be doing? what are we doing? a review of hiv/aids