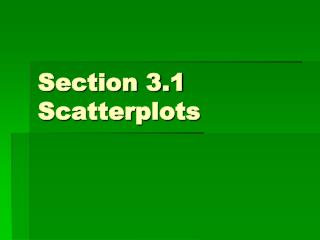 Section 3.1 Scatterplots. Two-Variable Quantitative Data. Most statistical studies involve more than one variable. We may believe that some of the variables explain or even cause changes in the variables. Then we have explanatory and response variables.