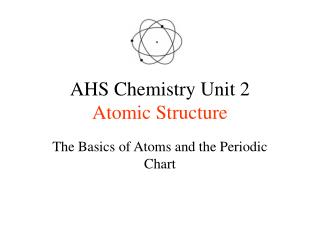 AHS Chemistry Unit 2 Atomic Structure. The Basics of Atoms and the Periodic Chart. Democritus. Nothing exists except atoms and empty space; everything else is opinion. Born: about 460 BC in Abdera, Thrace, Greece Died: about 370 BC. atomic theory ATOMIC STRUCTURE - . james maxwell developed an elegant mathematical theory in 1864 to describe all forms of radiation in

AP Chemistry Chapter 5 Models of the Atom - . beginning of the atomic model. democritus was the early (around 400bc)

The Living Environment - . the study of organisms and their interactions with the environment. topics. unit 1: ecology