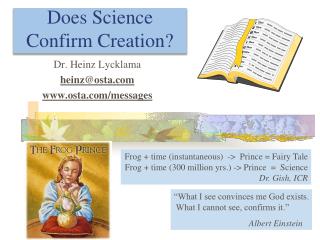 God's Amazing Creation - What can we learn about god from the universe he made? jeff zweerink azusa pacific university,

Position Creation HR_OM_320 - Use the forward button below ( ) to advance through the slides. prerequisites and roles.

Creation/Evolution – What is the Controversy and Why Does It Matter? - . dr. heinz lycklama heinz@osta.com

Creation and the Bible: An Exegesis of Genesis - . views on creation. in evangelical christianity, there are two primary