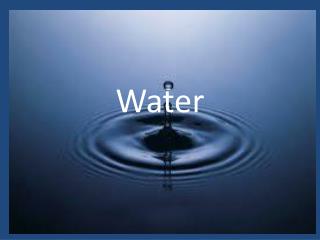 Water. Importance of Water to Living Things. A . Water is the most abundant substance on the surface of Earth. B. It is e ss ential to all life. C. It is a very unique molecule. D. Life began in water, and all living organisms are “water-based.”