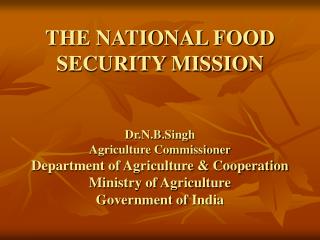 What you should have learned in Soc 325 (if you had been paying attention) - . paul lasley jolene glenn tomoko ogawa.

The Agricultural World - . the human matrix chapter 3. introduction. importance of agriculture all humans depend on

The beginnings of agriculture - . most historians agree that humankind existed for thousands of years before they began

Agricultural Entomology - . what is agriculture?. the cultivation of plants/animals for human use includes plants used

Research Institute of Organic Agriculture FiBL, Frick, Switzerland, in cooperation with the - Key results from the survey