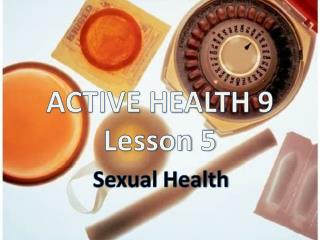 ACTIVE HEALTH 9 Lesson 5. Sexual Health. FLUID SWAP ACTIVITY. Discussion. Could you tell who was safe to trade with by looking at them?. How many of you who were infected did NOT trade with the first infected person?. Those who were not infected: how many trades did you make?. Lesson 9-5 - . similar solids. two solids of the same type with equal ratios of corresponding linear measures (such as

Unit 5 Lesson 9 - . symptoms of deficiencies. nutrient deficiency. when essential elements are present in the plant in

Lesson 9: - . confidence intervals and tests of hypothesis two or more samples. the most important part of testing

Lesson 9 - . stress management. stress – the response of the body to the demands of daily living stressor – source or