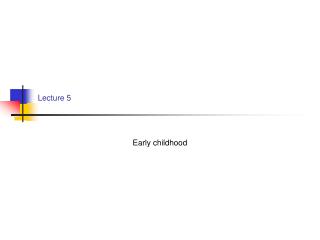 Lecture 5. Early childhood. Height and Weight. Growth deceleration. Girls are only slightly smaller and lighter than boys. Body fat shows a steady decline during this time. Boys and girls slim down as their trunks lengthen. Gross Motor Skills.