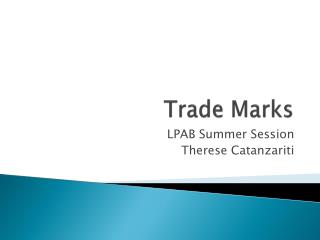 Incorporation of Patent and Trade Marks Attorneys - . attorneys inc. legislation. are we there yet?. options -

Marks - . marks and stats are posted on cnet please check assignment 1 average is 76% solution code is posted not worth

©2007 All Rights Reserved. A+ and A+dvancer are trademarks or registered trademarks of The American Education - ®.

How to register tm for free - Registering your trademark in india, it's compulsory to pay the filing fees set by the