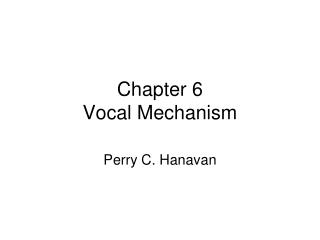 Structure and Mechanism II: Ribonuclease A - . frazer li. outline. introduction some history of rnase a as well as the

ADMINISTERED PRICING MECHANISM FOR PETROLEUM PRODUCTS - . objectives. understand the evolution and fundamentals of

Chapter 9 Airway Management and Ventilation - . objectives (1 of 27). 1.6.11 describe the anatomy of the following: upper

Airstream Mechanisms + Trills - . october 7, 2013. announcements and such. next transcription homework is due on