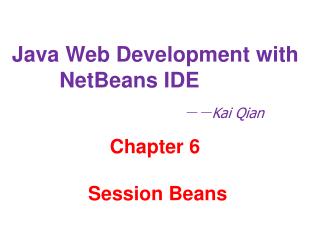 JAVA - . java is a programming language originally developed by james gosling at sun microsystems and released in 1995 as

Java and XML (DOM and SAX) - . some of the material for these slides came from the following sources: “xml a

JAVA BASICS - . eng. amr nagy. getting started. the java development kit-jdk . in order to get started in java

Fundamentals of Java - . text by: lambert and osborne slides by: cestroni. unit 1 getting started with java. lesson 1:

ON TO JAVA - . a short course in the java programming language. credits. lectures correspond to and are based almost