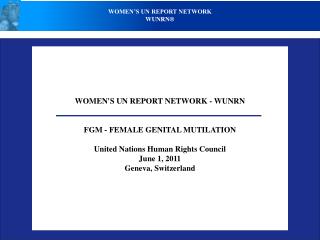 Female Genital Mutilation (FGM) - . by: melanyn rivas. what is fgm?. female genital mutilation is the term used for

FEMALE GENITAL MUTILATION (FGM) LEARNING DAY - . every sixty seconds somewhere in the world at least one girl is

Female Genital Mutilation - . summer is for fun……. not for pain. what is fgm ?. all procedures which involve the

FEMALE GENITAL MUTILATION - . a sensitive issue for women and you…. karen george ma student in health and social care.