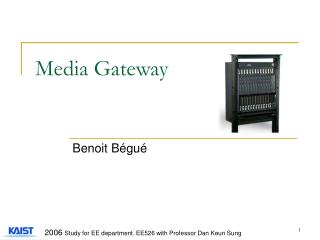 Gateway - . what does it mean to be prejudiced?. opening

The Changing Role of DSPs in Media Gateway Design - . james awad – product manager octasic inc. what is a media gateway