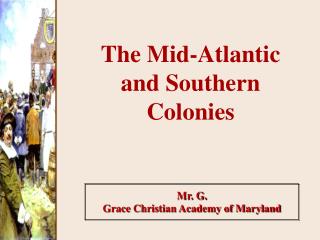 Grace Academy - Is a church

Wildwood Christian Academy - . providing excellence in education. “train a child in the way he should go, and when he

SEW 2013 – Grace Christian School - . follow. session 1. death of the snowflake. the crux and crisis of individualism.

The Young People of Christian Academy - . and their mission trip blessing to grace church. the voice of god. god and

WASHINGTON UNITED CHRISTIAN ACADEMY - . founded to raise up a generation that are physically, spiritually &amp;