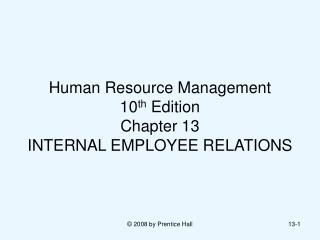 Human Resource: Handling Employee Relations - As an hr, bridging the gap between employees, makes each other even more

Chapter 9 Human Resource Management, Motivation, and Labor-Management Relations - . you have 65.5 seconds to find 5