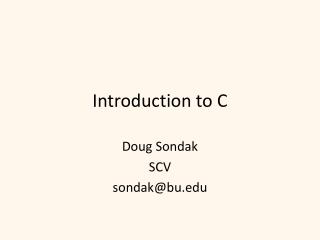 Introduction to C++ - . objectives of this session. what is c++ a simple program comments in c++ output operator input

Introduction to C - . c is simple. c is easy since it is extremely small and contains only 32 keys. languages like c++,c#