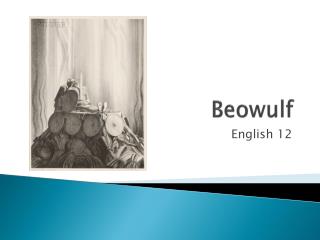 Beowulf. English 12. Background. Beowulf is from the Anglo-Saxon culture They are descendents from three different groups of Germanic people– the Angles, Saxons, and Jutes These groups migrated to England in the 5 th century