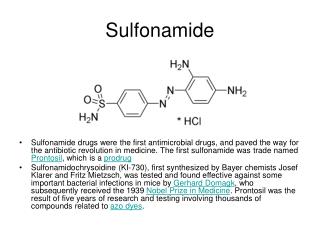 Sulfonamide. Sulfonamide drugs were the first antimicrobial drugs, and paved the way for the antibiotic revolution in medicine. The first sulfonamide was trade named Prontosil , which is a prodrug