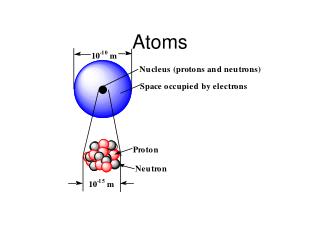 Atoms - . and what they form…. element information. webelements… http://www.webelements.com. the atom. ~400 bce

Atoms - . atomic number. identifies the element atomic # = #protons= # electrons is the number of protons in the nucleus

Atoms - . what are atoms?. an atom is…. the smallest unit of matter. so what is matter?. anything that has mass and

Atoms - . the basic component of all matter. the atom is the smallest particle of an element that has all of the chemical

Atoms - . atoms an atom is the smallest part of an element that can be identified as that element. think about this : it

ATOMS - . the building blocks of matter. the greek model. democritus concluded that matter could not be divided into

Atoms - . atom. smallest part of an element with all the properties of that element. 2 parts. 1. nucleus. center of atom

Atoms - . chapter 4. section 1: “the development of the atomic theory”. the atom is the smallest unit of all

Atoms - . what are atoms?. the basic building blocks of matter they make up everything found in the world around us. you

Atoms - . physical science chapter 4. the atom. the atom – smallest piece of matter that has the properties of an

Atoms - . 400 b.c. greeks. greeks philosophers ponder the nature of matter: what is it made of? democritus: basic