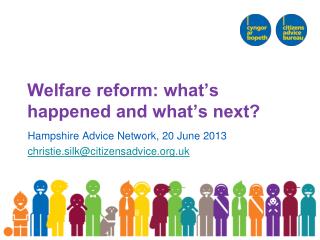 The Prince and the Pauper - . by mark twain. it may be history, it may be only legend, a tradition. it may have happened,

NSASW Work Life Survey: A Glimpse at Some Key Child Welfare Results - . with a comparison to non child welfare results

Drug Testing for Welfare - . what can be done?. whats welfare?. welfare: (noun)- aid in the form of money or necessities

Chapter 9 THE AGE OF REFORM - 2. objectives:. what were the backgrounds of social reform leaders?what issues concerned