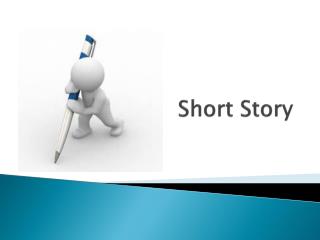 Short Story. The Short Story. A short story is a brief narrative, containing few characters, a simple plot, conflict and suspense leading to a climax and a swift conclusion. It is short, usually five or six thousand words. Setting and Atmosphere. Short Story - . what is the name of the main character in “the censors”?. what was the climax of the story “two

Writing the Short-Short Story - . fiction writing fundamentals english ii hp. a few things you should know about the

Short Story Terminology - . allegory – a story in which people, things and actions represent an idea or a