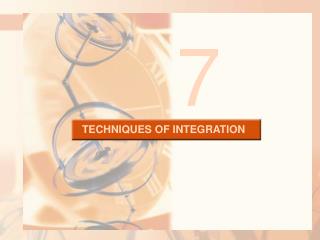 7.2 Trigonometric Integrals - Techniques of integration. 7.2 trigonometric integrals. in this section, we will learn: how

7.7 Approximate Integration - . if we wish to evaluate a definite integral involving a function whose antiderivative we