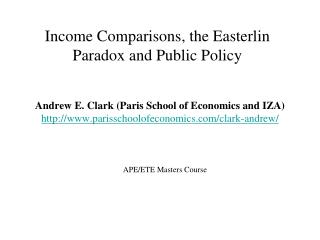 The Easterlin paradox and the measurement of well-being - . “measuring subjective well-being: an opportunity for

Paradox of CSR and Public Policy - - a study on the relationship between business and government in japan -. shunichi

The Paradox - . young lady or old hag?. balcony or patio?. there are a lot of things in this world that don’t make

The Paradox - . what is a paradox?. goes against itself. a seemingly absurd or self-contradictory statement or

The courts and public policy 1 - . questions about the courts’ role. what are the sources of legitimacy for the courts?