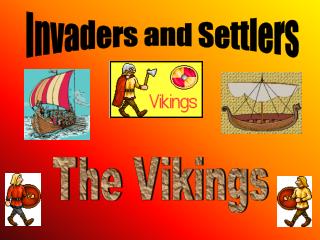 Explorers and Settlers - . spanish settlements p. 124. missions are established in east texas. within a year, the spanish

INVADERS - . chapter 24: viruses. objectives: summarize the discovery of viruses describe why viruses are not considered

Predicting Invaders and Impacts - . can it be done?. lindsay berk. papers. ricciardi, a. predicting the impacts of an

EARLY SETTLERS - Exploring our past where did we come from?. early settlers . looking back in time. people have always

Invaders, Traders, and Empire Builders - . chapter 2 section 4. ruling an empire. in 2300 bc, sargon the ruler of akkad

Western Settlers! - . gold, god, and glory! . 49ers. word would spread that someone found gold in an area and so many

GARDEN INVADERS - . these ornamental plants are invasive and have the ability to take over your garden and escape into

Space Invaders - . setting the scene. create the background for our game. keep it simple so it’s not too distracting.