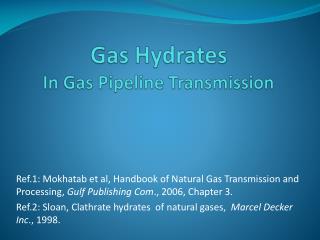 THE INTEL X86 PIPELINE VS THE MIPS PIPELINE - . introduction to pipeline. a processor without pipelining executes

Hydrates - . a hydrate is an ionic compound (usually crystalline) that has water molecules in its solid structure. ex: