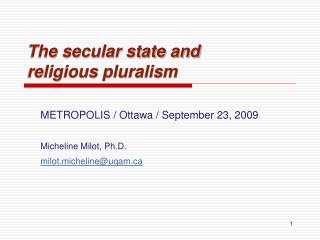 The Blessing of St. Francis of Assisi to Brother Leo - The lord bless you and keep you. may he show his face to you and

Religious Beliefs of Islam - . by: matt appleby. major beliefs. there is one god and his name is allah. the holy bible

The Study of Christianity - . faith and works

Do secular counseling resources have a place in the Church? - . words of affirmation quality time receiving gifts acts of

The Pilgrims and the Plymouth colony of 1620 - . pilgrims come to america. in the mid 1600s a religious group called the