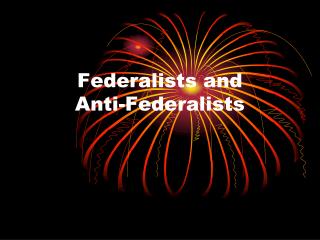 Federalists and Anti-Federalists. Today’s Objective: Students will be able to identify the opposing sides in the fight for ratification and describe the major arguments for and against the Constitution. Drive for Ratification. James Madison. Alexander Hamilton. John Jay. Publius.